The History of... Suzuki

This entry was posted on November 7, 2018 by gloveboxdirect.

In 2017, Suzuki became the first company to partner with Glovebox Direct, continuing its 100 year history of innovation and leadership.

Initially starting life as a humble loom works in a Japanese seaside village, the now multinational corporation has become one of the biggest producers of cars, bikes and other motor vehicles in the world.

With founder Michio Suzuki's new weaving machine design being celebrated and purchased internationally since 1929, the company rapidly began expanding into new territory, starting to model a series of prototype cars in 1937.

Vehicle manufacturing had to stop soon after however, as the company's factories - some of which were unfortunately destroyed during the Second World War - began to be used by the government for war efforts, while personal vehicles were declared an unnecessary luxury and not worth producing.

Safe to say, those were different times.

Suzuki, however, continued to thrive in the loom industry, though Michio-san never forgot his automotive ambitions. The company dived back into vehicle production, releasing the 'Power Free', their first motorised bicycle - in 1952. The famous 'S' - still used on all Suzuki products today - made its appearance shortly afterward, in 1958.

This stylized S has been synonymous with Suzuki since the '50s

Just a decade after the release of their first motorbike, Ernst Degner rode Suzuki to victory by winning the company's first Grand Prix championship. What followed was classic after classic - 1965's T20 Super Six skyrocketed Suzuki to international acclaim, while 1985's GSX-R750 and 2005's GSX-R1000 ensured Suzuki were setting new standards of motorbiking for every generation. 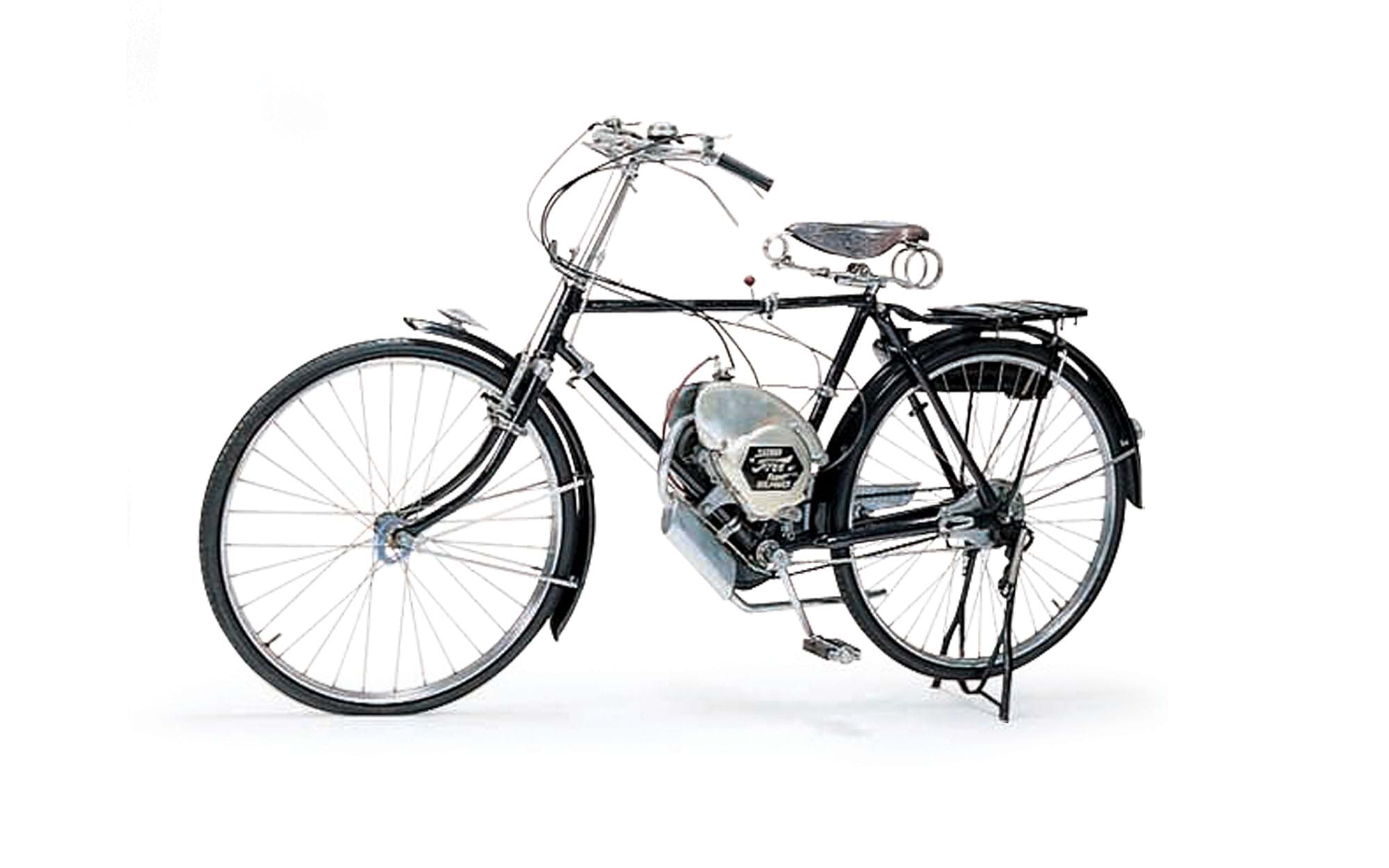 Motorbikes have come a long way since the Power Free, but Suzuki have continued to innovate

In between, of course, were a number of tournament wins, and a steady stream of successful cars have accompanied Suzuki's stellar motorbikes throughout the years. The Suzulight 360cc debuted in 1955, helping spearhead Japans' age of mini-vehicles - the car measured just under 3 metres long.

Suzuki's SX4 S-Cross - a bit bigger than the Suzulight 360cc

Suzuki continues to sell millions of products annually across the world, with Maruti Suzuki - the company's Indian branch - alone aiming to sell 2.5 million vehicles a year by 2022. From humble beginnings to numerous world-class tournament titles, to continued innovation and international success, Suzuki has proved time and time again the importance of passionately-designed, meticulously-crafted vehicles in the industry.

Suzuki will continue to inspire, and you can rely on Glovebox Direct to continue stocking the OEM parts you need.